How To Stay Safe At Night

Home Night Life How To Stay Safe At Night

There’s nothing quite as thrilling as heading out as the sun is going down, with a long night of adventure ahead of you. Whether it’s hopping from bar to bar, checking out the latest club, going to the movies, or just hanging out with some friends, there are few better times to have some fun than the early hours of the morning.

This also tends to be the time where most crimes take place, so it’s a good idea to practise some good safety tips while out, especially if you’re living in a big city.

Perhaps the most important tip of them all is to always have some kind of plan in place when it comes to transport. This is absolutely vital if you’re planning on having a few drinks and won’t be able to take your own vehicle back home. It’s worth taking the time to make arrangements before even leaving home, such as asking a friend to take your home after your evening has come to an end. It’s also a good idea to have the numbers of some reliable taxi services on your phone, just in case your friend lets you down or isn’t able to make it for some reason. One of the worst mistakes you can make is walking alone and not being near to other people. Places that have a lot of people in and near them, such as a restaurant, tend to be the safest areas to stay in while you’re waiting for a friend or a taxi to arrive.

It might be tempting to simply save the money and walk, especially if you don’t live too far away, but this is a common mistake that too many people make. Always try and stay as close to as many other people as possible at night as being in a popular and crowded area will mean that if you do run into trouble, you can rely on others to help you out.

There’s nothing wrong with sending a message to a parent, friend, or partner, letting them know that you’re going to be going out for a few hours, and that you should be home around a certain time – this is easy to do and can be done while watching a Netflix show or checking out the latest Melbourne Cup tips. If you don’t get home or let anyone know that you’re home by that time, they will know that you could possibly be in danger and will call the appropriate authorities. Of course, this will hopefully never be necessary, but it’s important that other people know your general whereabouts.

Being alone in the dark is a good way to become a target, so it’s almost always better to stay in areas that are well-lit. Main roads are the best place to walk, and if you’re waiting for transport, remain in an area that has plenty of light around it. 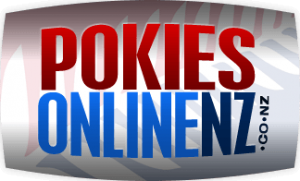