The Oldest Bars in the World

Home Entertaining The Oldest Bars in the World

One way to tour the world is to look for something to tick off, like visiting the oldest pubs or bars in the world. The good news is, the top five are all located in Europe, with most of them being over in the United Kingdom and Ireland. It won’t be the longest tour ever taken, but it will be very interesting and full of great stories.

All of these bars are several hundred years old and are still in operation. They take their history very seriously and are quite proud to be on this list. Let’s take a look at the top five, from oldest to youngest:

It somehow doesn’t seem surprising that the oldest pub in the world that is still running can be found in Ireland. It holds the Guinness Book of World Records’ title of oldest pub in Europe, and archeological findings were used to prove this title.

The records date the pub as originally opening back in the year 900 – that’s 1120 years old and still going. There is no true and accurate record for whether or not this is actually the oldest bar in the entire world, but it seems highly likely.

You don’t get a more classic British pub name than The Bingley Arms, and this one has been around since the year 953. It’s only half a century younger than Sean’s Bar in the number one spot.

Although, there is some evidence that the bar has been around since the year 905, which means it is a very close second to the oldest over in Ireland. This can’t be proven, so it will have to settle for second place. Still well worth a visit though and a good spot to enjoy AFL Premiership betting online while you have a pint!

We head over to Germany now for the only bar on the list that is located on the continent. Located in the town of Miltenberg, this bar has been in operation since the year 1150.

It is also the only one on the list that is part of a hotel and restaurant on the same site. They have all been in operation together since opening. Guests to the establishment range from Napoleon Bonaparte to Elvis Presley – to name drop a few famous people. 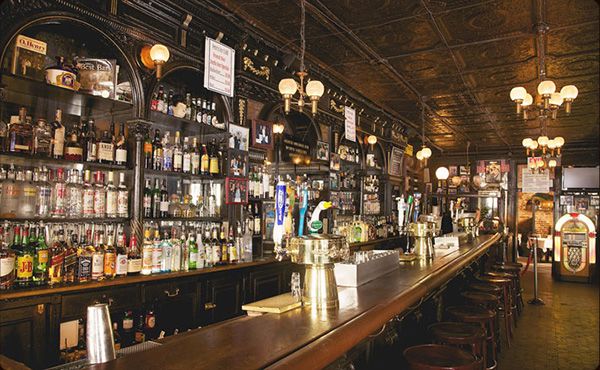 We head back to the United Kingdom and the town of Nottingham, which is more famous for the stories of Robin Hood than this pub and inn.

The inn proudly boasts that it is the oldest inn in England and dates back to the year 1189. Apparently, Crusaders used to stop over in the inn before heading off to the East.

We end off back in Ireland, in Dublin to be specific and the Brazen Head, which opened in 1198. Rumour has it that Robin Hood also came to this pub for a night of revelry. More recently, the likes of Robert Emmet and James Joyce once frequented the bar.